Skip to content
You are here:Home-Uncategorized-How to Find Out Who’s Calling You from an Unknown Number

Before mobile phones, there were rotary and digital phones. Technology back then did not allow any of us to find out who was calling us. And then we had the Caller ID feature, a technology that mobile phones adapted.

Now, we barely answer phone calls from callers we cannot identify. But of course, we are still curious and we want to find out who called us from an unknown number.

Today, you will learn several ways to find out who’s calling you from an unknown number.

This is also known as the 57 Call Trace. To use it, dial 57 and your phone company will show the previous caller’s number. There are many carriers that offer this service, such as AT&T and Verizon. For both, you have to dial *57 once an unknown number calls you.

If it does not work, you have to call the telco company and ask if there is an alternative. Some codes are required on top of the *57, and this all depends on your area.

If the service is not available, try other methods, or block any unknown numbers. You can do this with your phone settings.

Use the Anonymous Caller ID Service

Most telecommunications companies have this service, especially in countries and states where there is a law that prohibits unknown numbers from calling. 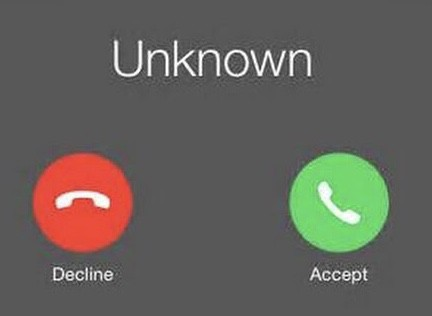 To activate this service, call your telco company and ask them to enable it. How does it work? If this service is activated, all calls from unknown numbers, including masked ones, will be restricted. For the caller to be able to proceed, he has to unmask his number.

After unmasking the number, the call will go through, and you will be able to see the number on your screen. This does not mean you will know who it is; you still wouldn’t. However, you will feel better knowing that you can call this number back.

You can also report the number and find out who owns it, in case the number is used by someone who is harassing you.

However, you will never be pestered again because people who call with masked numbers do not really want their numbers to be shown.

TrapCall is a company that offers unmasking and blocking of calls coming from unknown numbers. The going rate is $4.75 per month. It has been around since 2007, and if you avail the service, all calls that are not identified will be blocked.

With TrapCall, you can unmask the phone number or and unmask the name and address of the caller, including his photo. This is only made possible, of course, if the number is registered to any telco company. It cannot work with prepaid sim cards or phones with prepaid credits.

You can also put numbers on the blacklist. If you do this, the caller would get a message saying that your number is no longer active.

The TrapCall service also offers spam blocking. If you upgrade, you can also record calls that are incoming.

Your phone may already have a smart feature that allows you to block masked phones from pestering you. Some may have worries about blocking calls—what if the caller is a legitimate emergency?

Well, emergency phone calls do not come from masked numbers. All government phone numbers are not masked. All phone numbers of legitimate companies and private institution are not blocked.

The only people and organizations that mask their phone numbers are those whose businesses are shady. A lot of these are either telemarketers who do not want to be identified, or hackers trying to steal personal information from you.