Skip to content
You are here:Home-Uncategorized-iPhone 12 Series May Support BeiDou Navigation System

The newest Apple phones are likely to support the BeiDou navigation system. This is according to the China Satellite Navigation office, Ran Chengqi. It was announced in an interview recently, affirming the talks in the industry that Apple will be working with this navigation system.

BeiDou’s complete name is BeiDou Navigation Satellite System (BDS). It is a company that operates a satellite. It has three satellites, the first one being launched in the year 2000.

BDS has promised that it is gearing towards providing global coverage, and it is going to offer a better alternative to Russia’ GLONASS, and also possibly a better service than America’s GPS.

The BDS is huge, with a wide coverage of 200 countries. It has 100 million users worldwide, and 200 million daily sessions. According to Ran, Apple is going to have to use the system sooner or later. 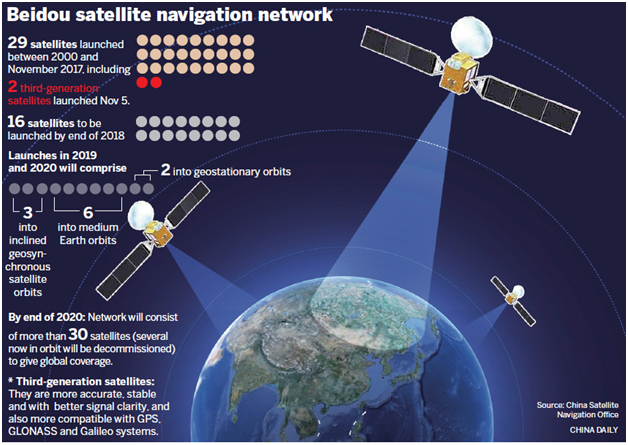 Currently, all iPhone models do not have the official support for BDS. The iPhone 12 series is going to change all of these, as they will be BDS-capable. This is in response to the reality that navigation systems are now a staple of modern smartphones, and that BDS performs better in the Asia-Pacific region.

In the past, Apple did not really have a good market relationship with the Chinese. The company often had to face many regulations that seem to block it from reaching the Chinese market. Legal and political circumstances also thwarted Apple’s efforts to expand in the Chinese territory.

This might change soon, as Apple begins to start using the BDS. The words of Ran also hint that Apple is currently debugging its new flagship’s phone compatibility and performance to pass the tests conducted by the BDS group. This debugging activity ensures that the phones will work well in the BeiDou system.

This lack of support of Apple for BDS is a common complaint of Chinese Apple phone users. These complaints have been around for a long time. For now, we can all hope that these issues will be addressed soon.

BeiDou-capable phones are the norm in the Asia-pacific region. It has taken Apple a long while to work out its issues and finally support the system. This new partnership is going to remove Apple’s handicap on the Chinese market.

While it is no secret that the US-China trade war is impacting how business companies work between the wo countries, Apple is ready to take the right approach to expand its market reach, despite pressure from Washington.

There are talks that Apple is now gearing towards removing its manufacturing from China, and this can cause Apple to lose a chunk of the market share in the region.

The move to support BeiDou is new, and it is now being tested for the first time. And all of these are happening while the trade war between China and the US are intensifying. Chinese customers welcome this change.

What des this mean? It means that despite Apple moving its manufacturing out of China, it may still retain a good market share in the region because of its support for BeiDou.

While no one sure, it is likely that Apple is going to release four phone models in the iPhone 12 series. The release date is tentatively this September, and the announcement ay happen sooner than we think. A leak from a tipster said that the iPhones will have four models called 12, 12 Max, 12 Pro, and 12 Pro Max.

Meanwhile, the Chinese are all happy and are anticipating this new release. They know that once Apple starts working with BeiDou, their iPhones will work faster and better through the BeiDou Navigation System.