Skip to content
You are here:Home-Uncategorized-Why is Facial Recognition a Mistake?

Why is Facial Recognition a Mistake?

When phone manufacturers release the facial recognition technology, people were ecstatic. Their phones can now be locked and only their faces can unlock it. Sounds great, right?

It has massive errors

These systems produce inaccurate results. And this is most notably observed among-non-whites. This is the result of a study by the US Government, which casts doubt on the artificial technology.

In the study, it shows that the algorithm has shown false positives for Asians and African Americans by as much as 100 times if compared to whites. 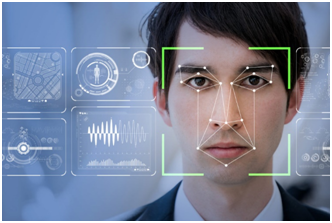 The study also showed that the wrong gender was assigned to black women, and this inaccuracy hit as much as 35% of the time.

What does this mean? It means that the technology is not ready. Facial recognition cannot be deployed in security and law enforcement groups, especially in airports. Also, it is not a reliable security feature to unlock phones.

It is a risk to blanket surveillance

The world is now using CCTV everywhere. The recordings are great because they can show people breaking the law. The problem with facial recognition is that it somehow automates live surveillance, which means that authorities can track every move you make, even if you are at home.

This, of course, is a violation of privacy. If your own phone records your face and uploads it on the cloud, the authorities can easily get into that system and identify you, even without your permission.

This is also a clear violation of privacy because they can be used in public spaces. Those who record with their cameras will also record strangers—that is you—and your face will be mapped in a database.

It leads to automation bias

Many people think that technology cannot be wrong. This, of course, is nothing more than automation bias—or the behavior where authorities would rather much believe computers than humans.

Automation bias can lead to bad decisions by the authority. And if this happens, the wrong people may go to jail. At best, those who use facial recognition must still use human logic and intervention. This should prevent bad circumstances where a person’s identity is mistaken because of a false positive.

In a normal condition, imagine that there is a room full of people. If the police have the fingerprint of the criminal, they will line up all these people and get their fingerprints to match the data. But with facial recognition, they just need to run a camera roll and see of the person, who was previously identified by facial recognition technology, is guilty.

This is already being done today in China. The bad thing about it is that computers can miss. The facial recognition technology may miss a criminal lurking, or it may point to somebody who is not guilty at all.

Facial recognition, as a technology, is great. But just like all things that give us power, they can be used to victimize other human beings. The worst thing that can happen is if we put someone behind bars solely because of the evidence of this technology.

There has to be a debate among lawmakers as t the extent of what this technology can do. They can be used for biometrics in companies. Biometrics are better in terms of security, but if it is used to violate a person’s privacy, it is wrong.

Choose wisely. While facial recognition technology is good, it is not perfect.